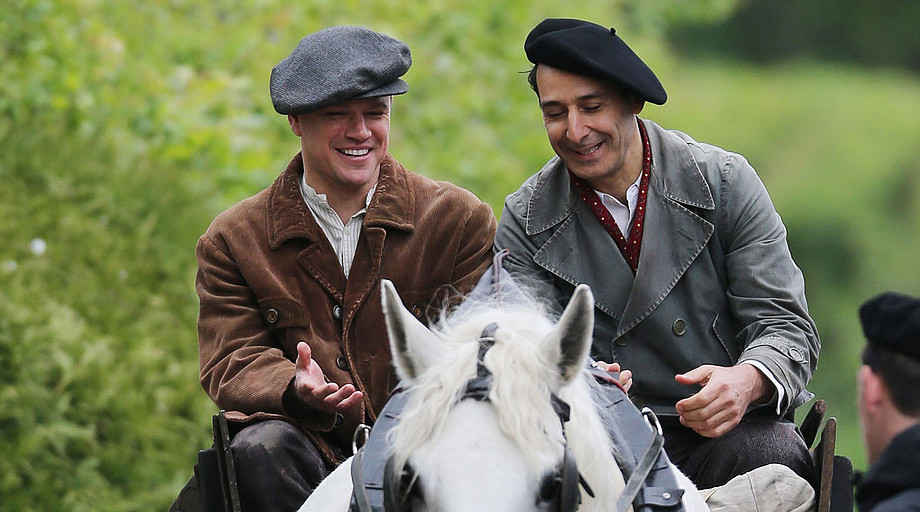 This week I had the great fortune of sitting next to composer Alexandre Desplat for a KUSC radio interview about his new score for The Monuments Men. I was pretty excited about this film from the moment I saw the above photo (taken during production) sometime last year, wondering what Desplat could possibly be doing on a horse cart with Matt Damon…both men rocking berets. The fact that the film also starred George Clooney, Cate Blanchett, Bill Murray, and Bob Balaban—and, based on the trailers, just looked like a lot of fun—made me even more excited.

And while I was actually quite let down by the film itself (flat storytelling, thinly drawn characters, uneven tone, etc.), I was delighted to see Desplat on screen with, count ’em, three scenes…which he nearly steals from the great Matt Damon. It’s an awesome onscreen performance in a sadly un-awesome film, but the score itself is another story. It immediately winks at classic WWII film scores (most notably Elmer Bernstein’s The Great Escape, though I hear a little vintage Indiana Jones in there myself), running a catchy main theme march through a parade of emotions and lodging its way happily into your head. But it’s more than just a cheeky homage: it’s full of genuine danger, intrigue, heroism, and heartbreak, and while it’s definitely an overt nod to his cinematic predecessors, it’s quantifiably Desplat.

Here’s my conversation with the great, six-time Oscar-nominated French maestro—who is still, in my opinion, the best thing happening in film music today: 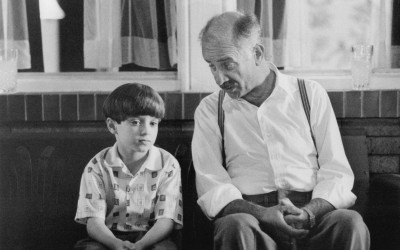