The four of us [Rob Reiner, Michael McKean, Harry Shearer] wrote the movie, and we just did this ’cause we thought it was funny at the time. It just was a thing we did, a project. I had already been doing, for ten years, my own work at the Lampoon and some other places. This was just a stop along the way.

You’re probably better off asking almost anyone else ’cause, of the four of us, I probably have the worst memory. But it was a series of events that led up to [wanting to make the film]—it wasn’t one discussion. We all liked music. Michael McKean and I had been playing music for twenty years before that, even. We had been in bands from the ’60s. And we liked doing characters. I had done that character [Nigel Tufnel] about eight years before, in a different incarnation. And it just evolved. I really can’t say there was one thing. We were gonna write this, and then we figured we couldn’t write it. So we just started shooting it, actually, for the money they gave us to write it.

We shot 20 minutes. The company folded that paid us to write it. We took that 20 minutes around to various studios. They all said, “I don’t understand what this is supposed to be.” We said, “It’s supposed to be a comedy, actually.” And they said, “Well, it isn’t. We don’t know what this is, so please leave” (basically). Norman Lear said to Rob, “Just go and make the movie.” And it [cost] around $2 million.

We wrote the songs while we were doing that original 20 minutes. (I think that can be seen…it may even be on YouTube, for all I know.) We recorded the whole thing. Some of the stuff is live. I’m doing a solo where I’m using the violin—as opposed to the bow, I’m using the actual violin—and that whole solo is live. When you’re shooting multi cameras for concert stuff, if you were doing it live and you weren’t doing it to a click track, then you’d have problems cutting. So we recorded all the stuff ourselves, and then we played to that mostly.

[The film] is 100 percent improvised. There is no script. The only conceptual things that were there are built-in jokes, such as the amplifier that goes to 11. Obviously you can’t improvise that, because then the prop man would have to be standing there doing that in the background. But all the dialogue is improvised. There’s not one word, essentially, written in a script. The whole treatment was probably 20 pages long, but it’s all laid out. Everyone knew what was happening in every scene. It’s not just a kind of wank-fest. If you can improvise on camera, it’s quite efficient. You do one or two takes, and then you move onto the next thing. 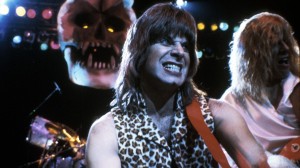 ad to be a plot structure. You can’t just start talking, and then kind of figure it out. We knew what this was. It’s even more strict than a screenplay in a sense. Because to improvise you have to have it laid out where every single scene has a beginning, middle, and end. In other words, there’s a story—and then it’s micro in terms of the scenes. You’re not just improvising and thinking, “Oh, now we can make this where at the end they work at a zoo” or something. You improvise within the doorway of what happens in every scene. And we know what the ending is. But you are trimming down, essentially, what are 10 or 15 minute takes to become less. We shot 50 hours, roughly. I think the movie is 82 minutes or something like that. So the ratio is the same as a real documentary.

Rob Reiner directed the film. Subsequently, when I have done my own films, I follow a similar procedure. In the sense that there’s no cutting while we’re shooting either. Which is typically what happens when a conventional movie is shot. It’s virtually edited by the time they finish shooting, because editors have been working on it. We finished shooting, which took 25 days, I think, and then there was a period of a year and a half to edit. That’s how my movies work as well.

I spent a lot of time in England as a kid, going back and forth. My dad was English—I have a dual nationality situation. I was going back and forth between New York and London. But for the most part I guess I had some ear for doing other accents, as did the rest of us.

Ten different bands would come up and say, “You were doing us.” And we’d say, “Well, no, we never even heard of you, so that would be kind of impossible.” People said, “You’re doing Jeff Beck.” I said, “Well, I’m actually not doing Jeff Beck, but okay.” I got to know Jeff after the fact, and he said, “Are you doing me?” I said, “No. It just happened. Facially, maybe I look a little bit like you. But I’m not doing you.” It’s not really fun to imitate literal people. It’s much more fun to create a character of your own invention.

We showed [the movie] in Dallas to some people. I was sitting with Michael McKean, and there were these two girls in front of us, and they said to each other [in a thick Texas accent], “These guys are so stupid. Why would they make movie about them?” So, sadly, I think initially people just thought this was a documentary about these idiots. Later, people might have figured it out—”later” meaning last year. 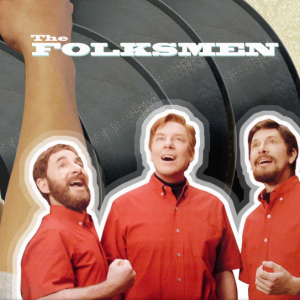 We played Carnegie Hall in 2005 or 6, and we opened for ourselves. The Folksmen, which is another incarnation of me and Michael and Harry, opened for Spinal Tap. People didn’t know it was us. My wife was sitting in the audience, and she said people next to her said, “Oh yeah, The Folksmen. I remember these guys from the ’60s.” My son saw us perform—he was young—and he said to my wife, “When are the old guys getting off and the loud guys coming on?” So that is perversely interesting to us. Because we died, essentially. People did not want to see old folk guys, ’cause they came to see Spinal Tap. It was our little treat. And yet it’s heartbreaking, because we’ve never had to open for anyone. We’ve been able to go on the road and play these big venues, but you get the sense of that other feeling, which is really tough. People are not there to see you, for the most part. There are some double bills where both things are great, but it’s typically the other way around.

[Spinal Tap] is not making fun of. Someone coined the term “mockumentary” against all our wishes, because it’s a little cheesy. I think it’s a movie done in a documentary style. I think it’s not even the subject matter, although people like the music. The music stands on its own. When we do concerts, we play for two hours. There’s no comedy, essentially, there are no jokes. There aren’t sketches. So it somehow holds up. It may be because it’s just, in general, about these pompous guys who really don’t have a clear view of reality. That’s just a good general premise. But I couldn’t possibly say why people would like it…or anything else for that matter.

The Office is scripted. Ricky scripted that. He called me and said, “I just want you to know I’ve ripped you off.” I said, “Well, it’s not me. It’s just a style.” His was an entirely scripted show, 100 percent scripted. There aren’t a lot of films done in this style, other than the ones I do. I can’t think of any. I think Spinal Tap was the first documentary-style comedy done. But I don’t look at other things on TV that are supposed to be like that as the same thing, because they’re not improvised. That’s a very different thing. They’re fake improvised, basically.

After Spinal Tap I went to Saturday Night Live. I was on it for one season, and then I directed a movie called Big Picture, which I wrote, in 1988. Then it took a while for me to really figure out if I wanted to make movies. I didn’t really know. In between we were doing Spinal Tap tours—we did a tour in ’84, ’92, ’95, 2000, 2005, 2007 and ’09. I was always going back and forth between doing music. I produced a television show in ’92. So there were other things going on. Even when I make a movie, I take three years off after to decide if I’m gonna do that again.

I don’t watch anything I do. I watch it once. Obviously when I make a movie I watch the footage a lot, and I see the screening of it if there’s a premiere or something like that. But I don’t watch it again after that. It’s a little creepy—I just don’t know why. It’s over, so you do the best you can and then you move on.

I get stopped on the street, but not for [Spinal Tap]. It’s usually for, you know, jaywalking or something…it’s not for a film. 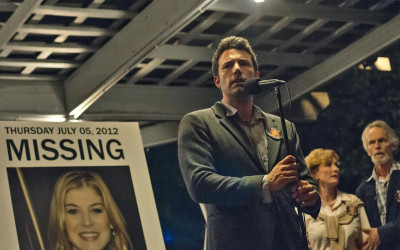 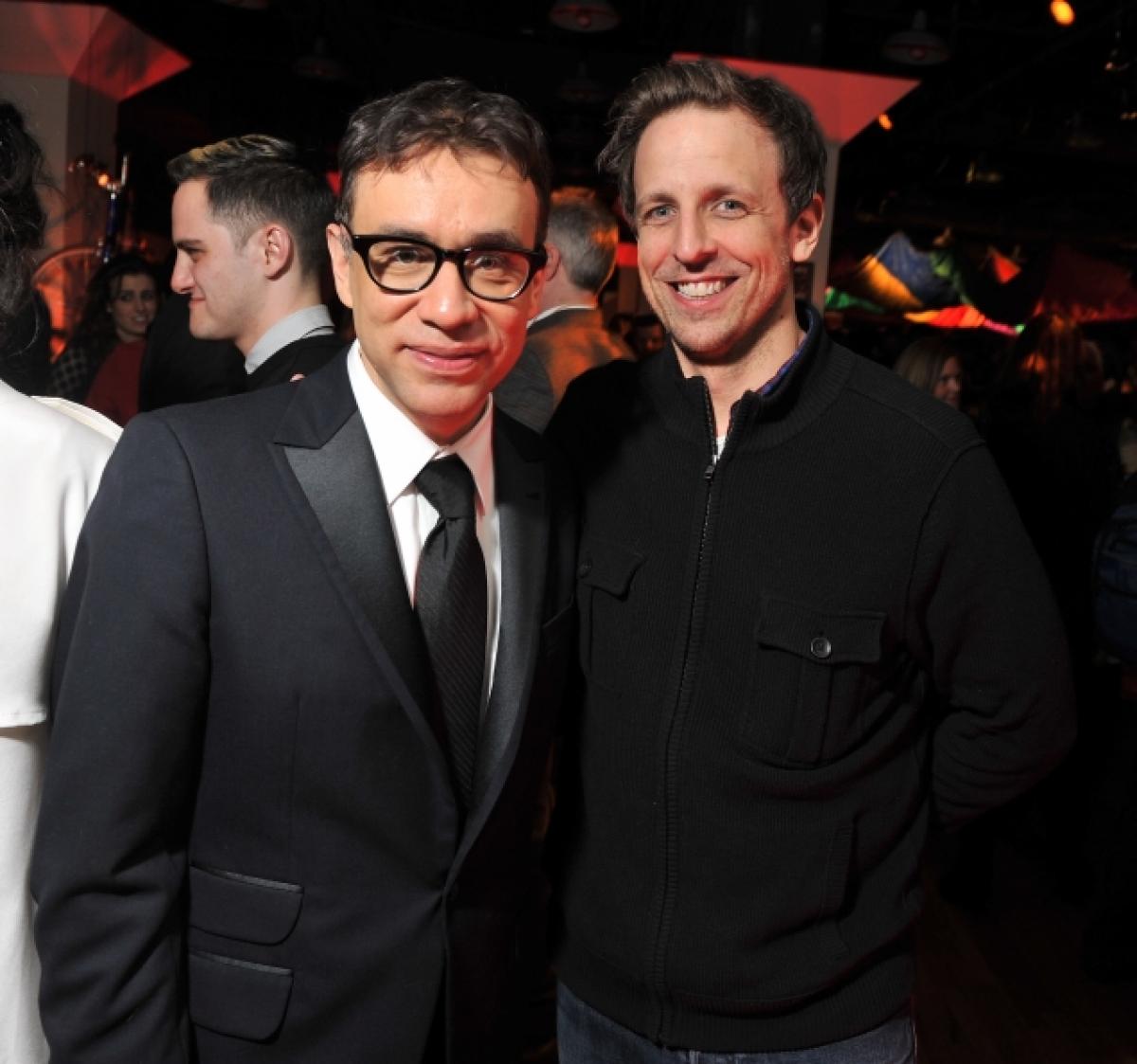