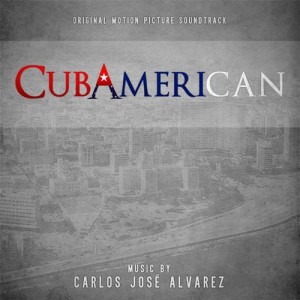 Like a slowly dissipating fog, melancholy strings and piano particles hover at the outset of Carlos José Alvarez’s score for the 2012 documentary Cubamerican. From the fog there emerges a lone trumpet voice, sad and noble. Sad with the film’s self-exiled Cuban “diaspora,” whose families fled Fidel Castro’s dictatorship to come to the United States and who still feel a deep pang for the relatives and remnants of themselves they left behind. Noble because they are people who never shed their inherent Cuban-ness, and who have provided American culture with uniquely talented athletes, intellectuals, and artists.

Alvarez’s music sets the tone for the documentary, and then sprints alongside it for two hours hardly ever taking a breath. A “Cubamerican” from south Florida himself, the (relatively) young composer was an inspired choice for the film’s score, infusing it with his passion for grand, lyrical cinema music and his indigenous understanding of Cuban rhythm and soul. It’s a gorgeous score that enhances and empowers the documentary’s subject matter, and one that transcends the film and weaves its own musical narrative about leaving home, losing family, and clinging to a cultural identity in exile.

That main theme first intoned by solo trumpet (“Prologue”) is the heart of the score, a taps-like melody that reaches up for a ray of hope and then sinks. Alvarez floods the score with a Cuban rhythm plotted out on latin percussion and acoustic guitar, sweetened with a layer of strings—and this delicious mix of local cuisine and the comfort of a large orchestra sets the music apart from your average film score. It is a deeply emotive listening experience and, at times, so infectious it’s hard to sit still.

Even when the proceedings are bittersweet or heartbreaking, the island rhythms beat like a heart throughout—whether under mournful string passages (“Searching for Answers”) or triumphant trumpet anthems (“Exodus / Cubamerican”). The violent threat of the Castro regime is felt with a theme that blends a sinister string and guitar ostinato with the insistence of those syncopated latin rhythms to a darkly satisfying effect (“Game of Power,” “The Lie,” and slowed down in “Catastrophic Change”).

Clearly a disciple of film composers like John Williams (and his personal hero, Michael Kamen), Alvarez repeatedly shows his knack for sweeping melody and cinematic grandeur in tracks like “Revolution of Hope” and “El Mar Cubano.” And when that string-led grandeur dovetails into the percussive Cuban heartbeat, the result is potent and intoxicating. Cubamerican is a thematic, narrative film score loaded with authentic emotion, and it’s a promising omen for a composer whose career is only just beginning.

You can download the Cubamerican score on Amazon or iTunes. 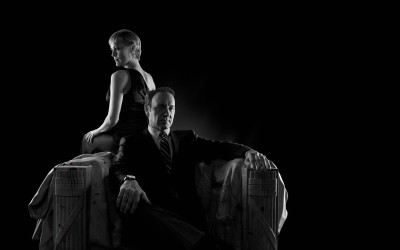