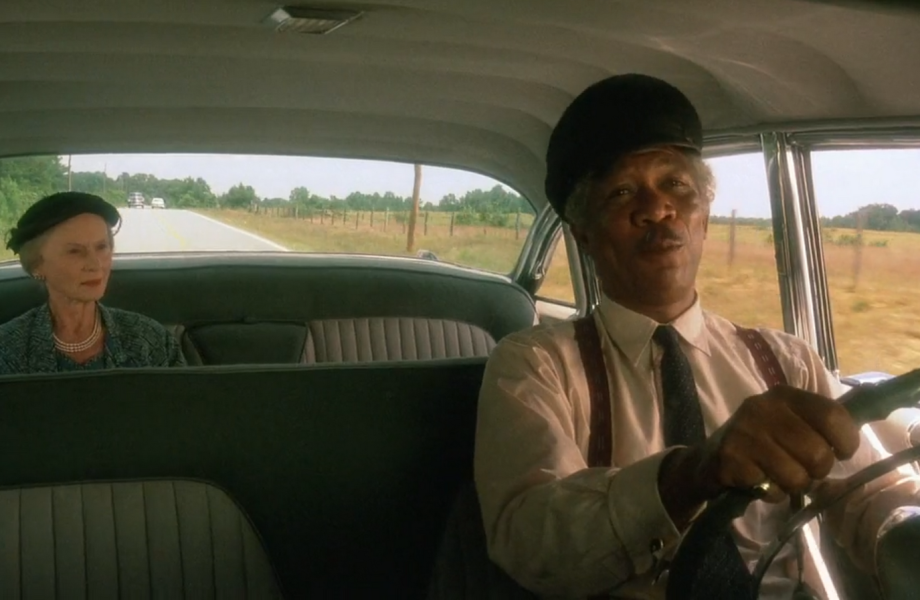 Beresford came to fame as one of Australia’s New Wave filmmakers, and had some international success in the 1980s with his American dramas Tender Mercies and Crimes of the Heart. In 1988 he spent an entire year developing Total Recall for producer Dino De Laurentiis (going as far as building sets in Australia), when the infamous producer suddenly went bankrupt. The project was shuttered.

In the aftermath, Beresford came back to America to direct Driving Miss Daisy—adapted from the Pulitzer-winning play by Alfred Uhry—for producers Alan Ladd and Richard Zanuck. Development had already begun when Beresford and Zanuck were called into a meeting with Ladd, who informed them he was pulling the plug. (“An old Jewish lady and an old black man talking in a kitchen,” Beresford recalled the producer saying. “Who’s going to see that?”) Zanuck was still committed to making the film, and promised to find the money if Beresford could slash the budget from $17 million down to 7. He encouraged Beresford to direct something else in the meantime, so the director took on Her Alibi, a sex farce starring Tom Selleck. 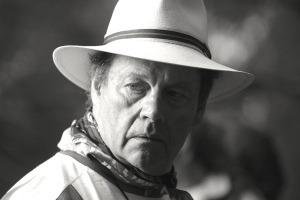 Beresford was able to shave $10 million off Daisy’s budget (“That was a big slash,” he laughs), mainly by dramatically minimizing shooting days and filming everything on location around Atlanta. Beresford’s Australian team was accustomed to shooting and lighting in real houses, and that cost-saving choice had the added benefit of giving the film an intimate, period realism. (Beresford also agreed to direct for a deferred fee, to be claimed only upon the film turning a profit.)

The film, about an unlikely friendship that develops between a wealthy, aging Georgia woman (Jessica Tandy) and her black chauffeur (Morgan Freeman) during the Civil Rights era, was cheap to make and treated as such—and was originally going to be released in a few arthouse theaters. “Warners only did the big release because they suddenly realized they didn’t have a Christmas release,” says Beresford. “It was over three-quarters financed by this Canadian, Jake Evans. Warners only had a small amount in it. To them it was a small-scale, independent movie—which is really what it was.”

The film came out just in time for Christmas, 1989, and opened wide on January 6, 1990. It struck a major chord with American audiences, and eventually made back its shoestring budget fifteen times over. It dominated that year’s biggest Oscar nominations, and won four—including Best Picture. 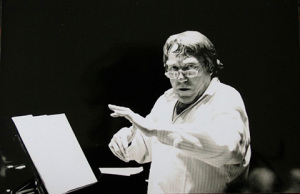 Beresford had developed a special relationship with composer Georges Delerue beginning with 1986’s Crimes of the Heart, which they would continue across five films up through 1992’s Rich in Love. (It was during that score’s sessions Delerue suffered his fatal stroke). Beresford had every intention of employing the Frenchman’s sensitive, melodic gifts on Driving Miss Daisy, but suddenly faced opposition from producer Lili Zanuck (“who has a very forceful personality,” says Beresford).

“She said, ‘Look, I want to use this young German composer,’” remembers Beresford. “And I hadn’t heard of him at that stage. Well, when I heard some of Hans’ music, I couldn’t say, ‘He’s no good.’ He was very good. Very different than Georges. I was a little worried that Hans could write something with the kind of melodic, light touch that Georges could bring to it.”

Beresford had to break the news to his established, conservatory-trained friend that this new hotshot in Hollywood—whose scores were almost entirely synthetic, and who only had “two weeks of piano lessons” to his name—would be scoring his next film. (Delerue suffered another Germanic blow the following year, when his score for Regarding Henry—directed by another longtime collaborator, Mike Nichols— was replaced with a Zimmer synth score.) It’s hard not to wonder what kind of music Daisy’s emotional story would have inspired in Delerue, and what the film’s Oscar attention might have done for him in his twilight years. “You know, these sort of things happen a lot,” shrugs Beresford.

All this, of course, isn’t to suggest Zimmer’s score isn’t a great one—because it is. His music seasons the film with much of its comedic and tender flavor, and his main theme has become a hummable classic of its era. But it’s also an unapologetically ’80s Zimmer score, with a pop sensibility and not an organic instrument in sight. Yet the latter was never intended.

“We went to Warner Bros. and said, ‘We want to record this with an orchestra,’” recalls Beresford, who heard the score as we know it in what was meant to be its mockup form. “One of the executives said, ‘Why? It sounds alright.’ I said, ‘Well yes, it sounds alright, but it’s not played by real people. When you record it with real musicians, it’s got a very human touch that’s quite different. These electronic scores are great for a lot of things—not for this film.” 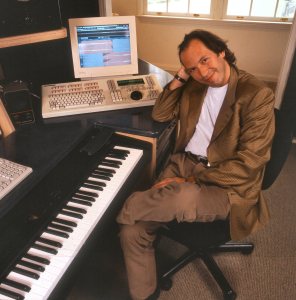 One could complain (and many surely have) that the synthetic score is anachronistic to this tale of 1950s Georgia. I’ve personally never taken issue with that disparity (a statement I can’t make about, say, Chariots of Fire), but it was fascinating to learn it was an unintended consequence of a tight budget. “Hans wanted to do it with an orchestra,” Beresford says. “They just wouldn’t put up the money to record it. It wasn’t that much, but they wouldn’t do it.”

Zimmer did a lot with what he had. The score’s dominant voice is a clarinet, which sounds remarkably convincing for a late-’80s sample (performed on the composer’s then-favored Fairlight sequencer). The colors he surrounded it with are equally warm and plucky. The main “driving” theme bounces the clarinet along a jaunty, sassy melody over a pulsing bassline and syncopated, gospel-hued chords. At times the clarinet turns introspective and nostalgic, capturing the unforgiving march of time. Sadness and fear are embodied in a slow, minor key idea for keyboard (which Zimmer occasionally traces over the “driving” bassline).

“The score needed to be fairly sprightly and bright,” explains Beresford. “Not glum. I thought it needed to play up the more comic aspects of the relationship—without getting corny, without going over the top and just being sort of goofball. Georges could have done it flawlessly, of course. But Hans did it. He was good.”

Beresford fondly remembers going to Zimmer’s studio, then located in Culver City, to listen to drafts and ideas. “There was a long traveling sequence,” he says, “and he had this music on it. I said, ‘You know, it’s terrific, but it’d be good if it had something just a bit more southern in the orchestration.’ He said, ‘Let me work on that,’ and when he came back he’d put in some plunking banjos. He was very skilled.”

I asked Beresford if he thought the completely synthetic score dated the film. “Scores do date films,” he admits. “If you look at a lot of the movies from the ’40s, ’50s, ’60s…they’re often completely undated apart from the music. I used to be so frightened of scores that, when I did a whole lot of films in Australia before I ever came to this country, they have no music at all. ’Cause I’d looked at so many films I admired, and the scores were the one dated aspect—John Ford films and all sorts of famous movies. And the scores, I thought, when you looked at them again, killed them.”

What changed his mind? “My mind was changed for me, when I came to America,” he laughs. “They said, ‘No no, Bruce, we want a score.’ No one seemed to notice in Australia that there were no scores in these films.”

He didn’t exactly answer my question about Driving Miss Daisy, but admits he’s never actually sat down to watch it since it came out in 1989. “I’ve never seen any of my films,” he says. “I’ve seen bits from [Daisy], because sometimes I’ve turned on the TV and it’s on. I thought the score was very helpful. I’ve been to concerts where they played the theme. I think the first time I heard it with an orchestra was at a concert in London. I thought it sounded great with an orchestra.”

Thanks to Bruce Beresford for his time and memories. 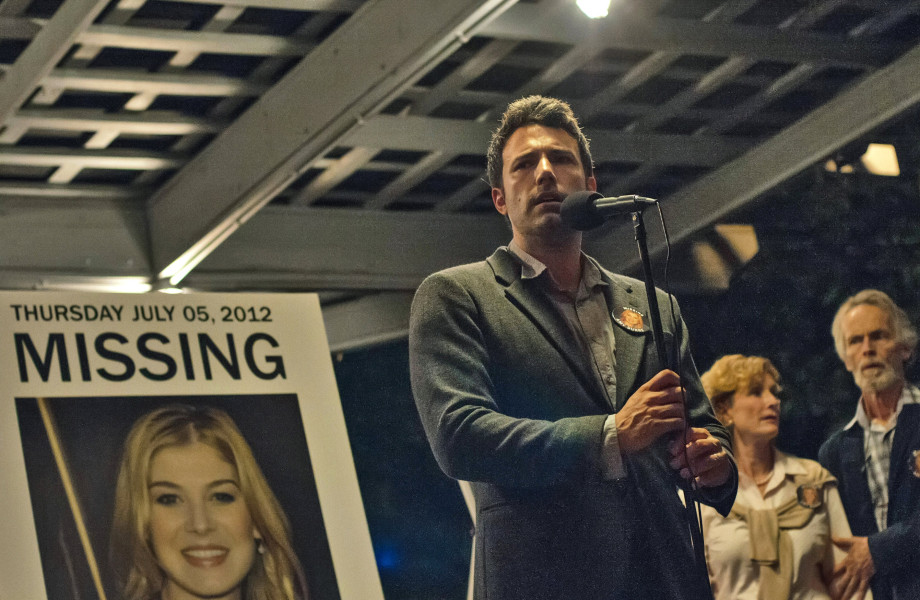