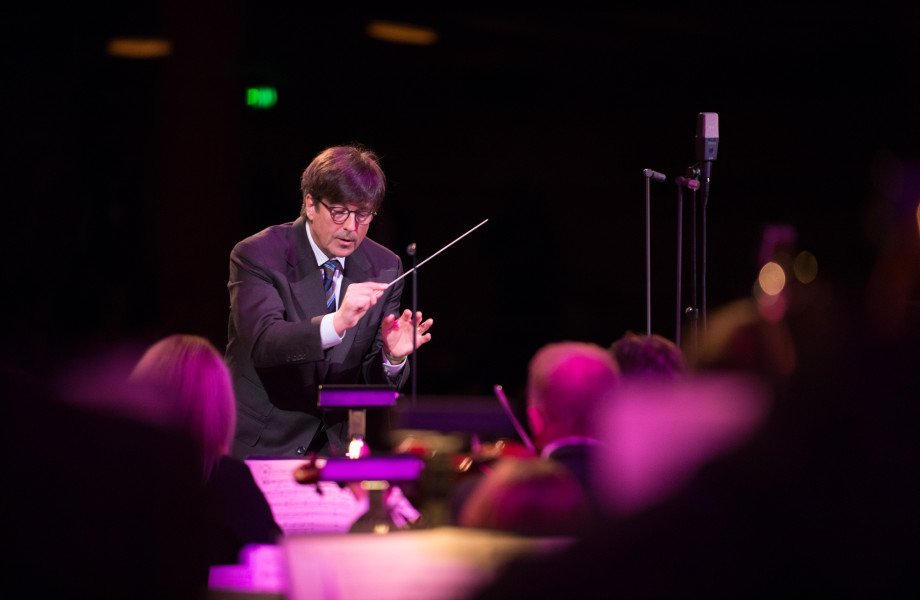 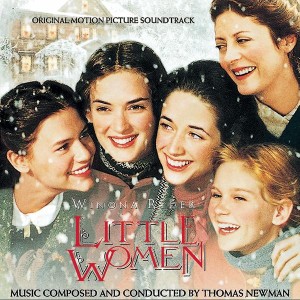 When Armstrong showed Newman her rough cut of Little Women, he responded with a large family of themes (“it’s pretty themey, isn’t it?” he laughs)—which all gather around the main March family melody that unspools over the glistening main titles.

“Right from the beginning,” says Armstrong, “even though the beginning’s about this family who may not have much but they’re together—held together through love and this great sense of honesty and integrity that came from their parents—[Tom] lays in this underlying sadness that is going to come out. He’s cueing the audience without them even realizing. I don’t know whether even Tom realized. But when that opening piece plays—with all the bells, and it’s Christmas and so on—there’s just this sense. It’s sort of Jo’s theme, because in the end it’s gonna be her journey and her life. But there’s this hint that there’s sadness to come.”

“Bittersweet,” muses Newman. “I hear that a lot about people’s take on my music. ‘Something sad about it.’ Or sentimental, or nostalgic, which may bring one to sadness. I don’t know that it would be overtly sad, but… You could say there’s something kind of heartwarming and enveloping about it, but there’s something that can be sad about that—this notion of family and togetherness, and the notion that that might be ripped away.”

Orchestrating the main title cue the way he did not only set the stage for the film’s opening Yuletide scenes, but cemented the score as one of the best orchestral works to listen to at this time of year. “Bells and brass always remind me of snow, and I guess Christmastime, and the feeling of frost,” he says. “And there’s a little bit of a baroque sensibility to some of the brass writing. I did want to create a tune, and a tune that was Americana in spirit. There’s just something so deeply American about [the Concord setting]. And it was around the Civil War, so I wanted to do something that had a folky sensibility, or slightly hymn-like.”

Newman called another theme “Snowplay,” which uses his characteristic pizzicato writing and embodies the lighthearted, playful joys of being young. (“Again with bells and brass,” he says.)

“I remember particularly liking the theme for spring,” Newman says. With that theme, he stirs in another helping of bittersweetness to the death-rebirth cycle of seasons and the unstoppable passage of time. It’s a beautiful, wistful lament that never completely loses the resilient buoyancy of Jo and her sisters.

“But obviously the main title came back and came back,” says Newman. “It came back for Beth’s death, I remember, in piano and a small girls choir humming.” “We always knew the whole emotional climax of the film is Beth’s death,” says Armstrong. “I knew I wanted the score to be very sparse, and very delicate.” 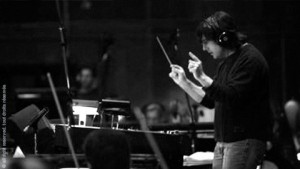 Newman remembers the moment on the scoring stage when it came time to record that cue. “We were in London with Gill,” he says, “and there was a pianist there, so I wasn’t going to be playing. [Newman often performs the piano solos on his own scores.] Which was fine, but I have my style, and I remember I thought it should be very tenderly played. The nanny is putting flowers on the bed, and there was something very angry about it, Gill thought—angry that Beth had died. She asked, ‘Could there be anger in the playing?’ This was late in the day—I think everyone had gone home, everyone was tired—but Gill had this notion that the anger we saw in the nanny should somehow be expressed in the performance of the piano.

“It struck me as just utterly the wrong idea, interpretively. But Gill’s a smart woman, and I thought the best way to prove her wrong was to try to prove her right—to go out and see what we could do in terms of performance that would reflect the anger more. She ultimately rejected this idea, but it was a big lesson to me in not digging my heels when I didn’t agree with a director’s idea. Oftentimes the best way out of ideas that don’t end up being the best ideas is to carry them through, so that someone knows that at least you’ve tried.”

Valley of the Shadow

“I just felt delicacy was a much better thing,” he adds. “A lot of times directors might think that images should be likely interpreted by music, that there should be a reflection. But oftentimes that’s redundant, right? I mean, if what you see is what you hear. It always occurred to me that you could play something with tenderness that would allow the anger of a character to play through. I think that’s ultimately what she realized—that she didn’t need anger in the music if there was anger in the character. They coexist.”

As Jo sits anxiously at her sick sister’s bedside, the wind blows the window open. Jo walks over to close it, and when she returns, Beth is gone. The main theme mourns the simplest and least selfish of the four sisters with her instrument, the piano.

Honoring Armstrong’s desire to add emotion without sentimentality, Newman says it was, as always, “a matter of taste. I would write something and put it up against a scene, and I would ask myself that question. Oh this really pushes, or, this is too neutral, or, it’s too laid back. I think it’s a matter of your sense (being my sense) of how drama plays out. Oftentimes, too, if you have a tune—like the tune that opens Little Women—it wants to find places to repeat, just because it’s an enjoyable thing to have a tune that repeats. So it’s obvious you would say, Okay, here’s the theme of the movie. What would happen if that theme were played in the scene where Beth dies? And if so, how big can that be? It can’t be orchestra, ’cause that’s just too epic in scale, and perhaps this death is way more intimate than that. What about solo piano? Okay, great. Solo piano works. It’s see-through, and somewhat invisible.

“It may have been Gill’s idea to have a girl sing, just hum. And you try that out, and you think, Wow, I like it. For me it’s mostly trial and error. You think you know until you find out you’re wrong, and then hopefully, if you’re strong enough, you think, Okay, now I know. This scene can’t be overly sentimental, and I know because I’ve seen it with music that was too sentimental, and I’m not going to write that. I’m going to write something slightly different, or I’m going to arrange it in a slightly different manner.” 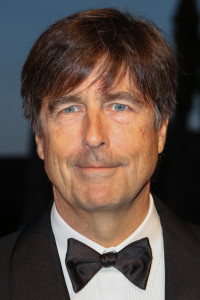 Though Thomas Newman has penned dozens of beautiful scores over the last twenty years, there have been few quite like Little Women since 1994—unapologetically warm and lush in orchestration, with a patchwork of interweaving, long-lined melodies, setting heartbreak next to the warmth of a crackling hearth.

“I was very moved by the film,” he says. “It had such a freshness to it, and a kind of innocence. I loved the scene at the end when her book was published. Movies that really stay with me, I come away with a feeling—it’s almost physical—something that makes it stick out in my memory more than other movies. And this was certainly one of them.”

“I actually, honestly say that Tom’s score added 20 percent to the storytelling of that film,” says Armstrong. “It lifted, really lifted, everything. He made it 20 percent better. It’s everything you want film music to do. This wasn’t going to be a heavy period film with just this feminist point of view. It was also a love story to [Alcott’s] sisters. And I think that’s the thing the music finally brings out, the layer about family, and American family.”

I asked Newman if, were he presented with the same exact film today, he would score it differently.

“It’s not like I listen to it or look at the movie and think, Gee, I should have scored it differently,” he says. “I mean, it’s 20 years later, right? So I hope there are lessons I’ve learned, musically, that might make my style, my cinematic sensibility, more refined. But I don’t know. It’s a good question, but it may be an unanswerable one.”

My deep gratitude to Gillian Armstrong, Thomas Newman, and Thomas Pasatieri for their time. 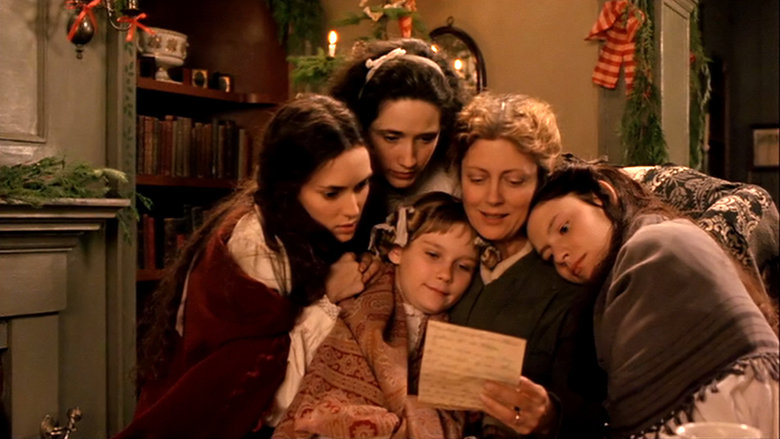