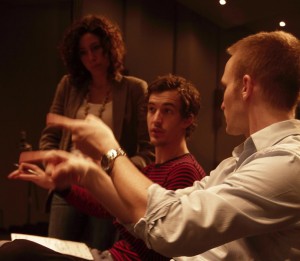 Terrence Malick is one of the most refreshingly original filmmakers of our time, a genuine auteur. He’s also an enigma: never giving interviews or appearing on camera (there’s a single photo of him that always gets used), disappearing for 20 years between 1978’s Days of Heaven and ’98’s The Thin Red Line, and making films that—with their preference for narration / internal dialogue and nonlinear structure—are themselves increasingly enigmatic. In my opinion he’s a genius, a poet in an industry full of technicians and hacks, who fills his frames with some of the most gorgeous visuals in cinematic history and grapples with the deepest questions and longings of the heart and soul. The New World and The Tree of Life are two of the best films of the new millenium, and I think he is forging a thrilling new art form.

His use of music is also a bit unorthodox. A potpourri of existing (mostly classical) pieces populate his soundtracks, interspersed with stretches of original music by great contemporary film composers (Ennio Morricone, Hans Zimmer, James Horner, and Alexandre Desplat, respectively). In the past, those composers (A-listers all, with A-list expectations) composed enough music for the entire film—only to have the bulk of their scores replaced by existing concert pieces. As a monomaniacal film music wonk this would normally anger me, as a similar approach often does with directors like Quentin Tarantino or Martin Scorcese—either because the end result sounds piecemeal and disjointed, or because the familiar pieces carry their own baggage and distract from the film at hand, or because a good composer often gets shafted in the process.

And while I know Desplat and Horner were somewhat disappointed with the final status of their efforts (and some of their unused music is quite good), I admire Malick’s soundtracks. The synthesis of perfectly cast classical pieces with his spectacular images, and with the original score he does use, is part of what makes his films such immersing pleasures. He collates a beautiful tapestry of music with a rich array of colors and roots of varying depths for an end experience unlike anything else.

All this brings us to Hanan Townshend, Malick’s latest musical collaborator on To the Wonder (currently in theaters). Townshend, a 26-year-old composer from New Zealand, was studying at the University of Texas a few years ago when his professor passed along an email from an unnamed producer seeking a young composer. “It just said, ‘I’m a producer. Do you want to work with a director? Contact this email,'” recalls Townshend. “I was like, ‘Sure, yeah, absolutely.’ I was straight in there. I went over and met with Nicolas [Gonda, co-producer on Tree of Life], and he explained to me the director was Terrence Malick. I was like, ‘Oh boy—hit the jackpot with that one.'”

Townshend went into Malick’s offices every week for The Tree of Life, working as a “kind of glorified intern” he says jokingly, filling in little gaps with original music as needed—some of which was ultimately licensed and used in the final cut. It was a unique education, and led to Townshend’s promotion to main composer on To the Wonder. “One thing I think is really important when you collaborate with Terry is being able to be here [in Austin, Texas],” says Townshend. “Some directors work fine over Skype, but I really think Terry benefits from having his post-production crew here and in one place—just because stuff is developing and changing so much. I think if you’re too far away it takes too long to catch up.”

Malick’s unique method of applying music was another reason Townshend fit so well. “He has a certain way he likes things, these short little ideas that can come in and out and he can music edit stuff around,” Townshend says. “I kept thinking that if I were a more established composer I would’ve been a bit frustrated, but I’d been so used to doing it for Tree of Life. I almost thought of myself as an in-house composer, rather than being a film composer—just providing him with the little musical sketches he required in order to work out the musical direction of the film.”

Townshend was on To the Wonder for an uncommonly long 14 months, during which he would play around with ideas suggested by Malick—not for specific scenes or sequences, but for different moods (he never once scored to picture). As with the director’s past collaborators, he was asked to write what Malick refers to as a river or water theme—here a melancholy, “dance-like” piece for strings and woodwinds that ultimately became the theme for Marina (Olga Kurylenko).

That piece was the only (somewhat) conventional character theme. Malick’s other instructions to Townshend would be as specific as “do something where a tritone resolves to a fifth” or “do something with a long sustained note, where another note emerges that goes flatter and another note emerges that goes sharper”—to a suggestion as open-ended as: “Octaves and fifths…can you do something?” Townshend would experiment with these basic, primal concepts, then test them on Malick. Every few months he would do a short recording session with a small ensemble of instrumentalists, which would animate the sampled demos and, in some cases, end up in the final cut.

“The piece ‘Awareness,'” says Townshend, by example, “which is quite prominent throughout To the Wonder, is the simplest of simplest tracks. It was really just an improvisation—kind of aleatoric. We went into a studio with these woodwind players and I explained what I wanted, and we just let it go. We really thought that worked well for particular scenes he was wanting to use it in. It was really experimentation. It was like walking around in the dark with our hands out, just feeling around and working out what’s here and what’s going to work.”

“I felt to some degree like I was giving him artillery,” says Townshend, “and he was just going to use it where he wanted.” Going in with that understanding, and knowing classical pieces would ultimately fill much of the soundtrack, gave Townshend an advantage over previous composers—and prevented him from losing sleep over losing cues. “The one thing I learned,” he says of his early Tree of Life education, “is just not to get attached to anything. Sometimes he’ll ask things that might be kind of uncommon, or you think, ‘That’s not going to work.’ But he has this ability to push you in certain directions and stretch you in ways you didn’t think were possible.”

To give Malick even more editorial freedom, Townshend constructed his pieces in a modular fashion and, in the case of Marina’s Theme, recorded each instrument group separately. That way Malick could cut, paste, chop up, and rearrange the music to fit his ever-evolving creation.

Larger recording sessions were held in a performing arts center (since Austin doesn’t have a scoring stage) with members of the Austin Symphony and other Texas musicians. “Unbeknownst to us,” says Townshend, “it was right next door to a very small airport, which we were told was not going to be an issue. It’s one thing when you get the big planes flying over, but it’s another when you get the little planes flying over [imitates high, buzzing noise]. So we’d often do takes and be like, ‘Oh yes, we got that one perfect.’ And then, just on that last sustain right at the end, you’d hear that [high buzzing] coming in, and be like, ‘You’ve got to be kidding!’” 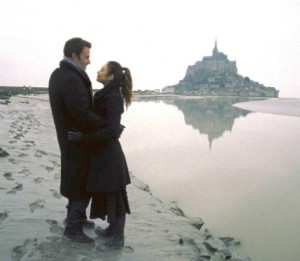 It all worked out in the end, and a large body of Townshend’s compositions now sit comfortably beside a litany of timeless concert music in To the Wonder‘s theatrical cut. “It is a little bit scary being put right up next to some of the greatest composers that ever lived,” he admits. The classical pieces, for the most part, are ones with sentimental value for Malick—who is an avid and knowledgeable listener (how many film directors know what a tritone is?). “I think he listens to music a lot when he writes,” says Townshend. “He really does just have a huge wealth of knowledge. It probably puts many composers to shame.”

The sum of it all amounts to another lovely marriage of music new and old, cut to stunning imagery in the Malickean tradition. Townshend is already working on bits and pieces for the director’s upcoming films (though he’s not sure in what capacity he’ll end up). “One of the most beautiful things about getting to work with Terry is just the fact that anything’s a possibility,” he says. “You get this real mixed bag experience, and that is so wonderful. He never once said to me, ‘The music you write for this film all needs to sound the same.’ It was like a smorgasbord. There’s hundreds of years between some of the music, and you can tell. If it’s a piece by Bach you can tell, and then you’ve got something really romantic, and then you’ve got a piece by Ravel or a piece by Górecki—heavy, heavy stuff. You just get this real musical journey, and it’s so different from your typical film.”

“I think we have a good understanding,” Townshend says. “I know some composers struggle with it a bit just because it is such a different experience. But I feel like I was kind of born into it, having come on board as a younger composer. I really enjoy working with him, and I’d like to continue.”

To the Wonder is available on Lakeshore Records. 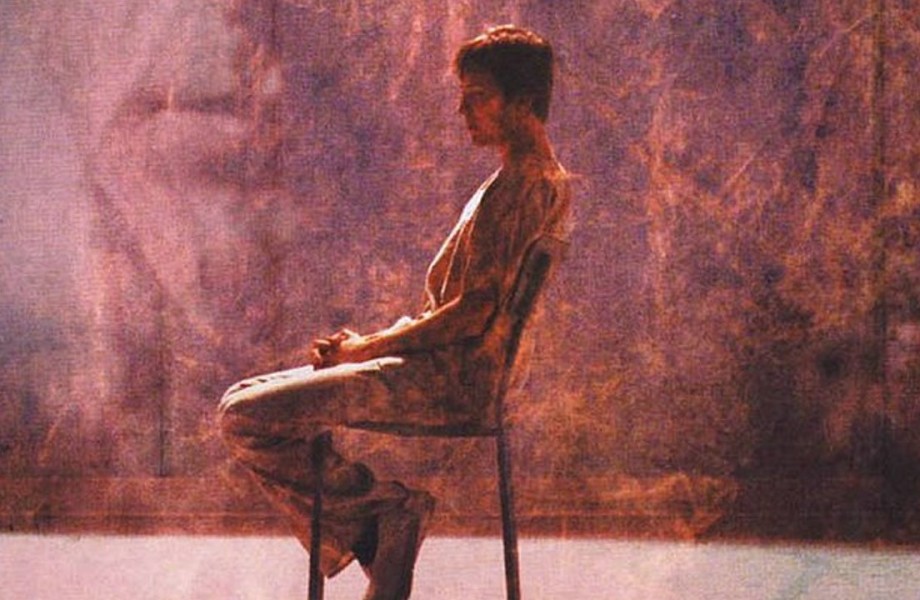 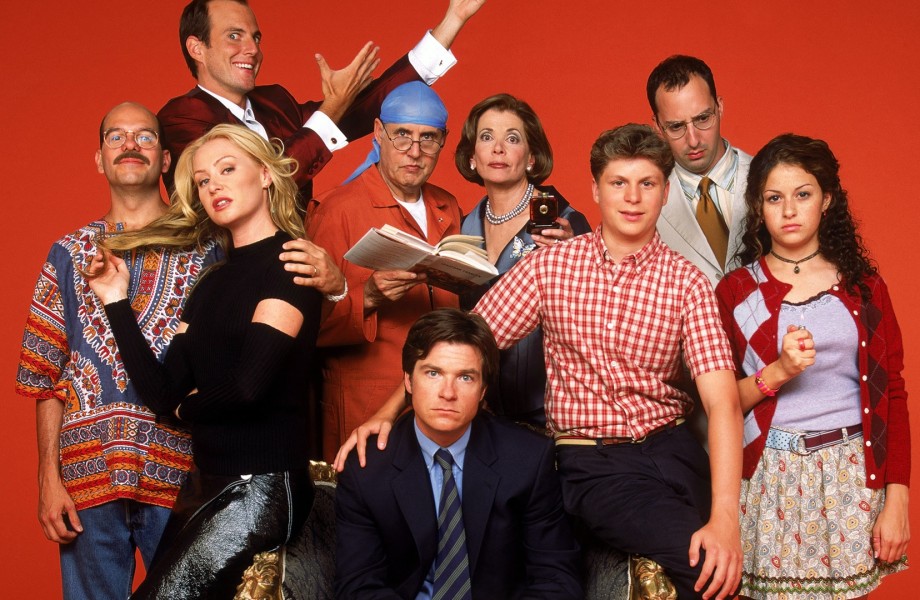