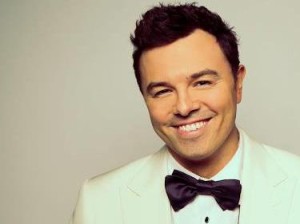 It still feels weird that the creator of the wisecracking, puerile, and frequently crude cartoon Family Guy is the executive producer of a series that (in his words) earnestly explores the science of the cosmos. But it seems Seth MacFarlane loves defying expectations as much as he enjoys spinning a dozen plates at once as an undeniably talented voice actor, regular actor, writer, director, and producer (despite your or my opinion of his sense of humor).

I wrote an LA Weekly piece, posted today, on television music in light of the upcoming concert hosted by the television academy. In it I said that “TV music has largely languished in a sea of forgettability”—and while I admit it’s not totally fair to paint the whole medium with such a broad brush, I do think most TV scores throughout the decades have been pretty bad.

I’m not talking about TV theme songs, which are their own animal. Actual television underscore has suffered from the limitations and weaknesses of the format: short, choppy cues, the repetitive use of reheated “library” cues, and either a busy style that apes manic action or boring, ambient drones.