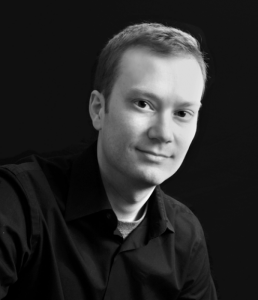 Doug’s typically erudite post was not only an oasis of calm, reasoned thought in the debate—making a compelling case for FSM‘s continuing existence—it transcended its immediate purpose (much like the best film music) as a timeless argument for the importance of film music. Doug kindly gave me permission to post his mini-treatise (abridged for transcendence) on my site. It renews my vigor to defend and evangelize this great art form I’m incurably obsessed with, as well as my aspiration to articulate that defense as eloquently and accessibly as Doug.

Film music is an art, and as such it merits discussion. I think this, if I may be so bold, is what Goldsmith’s “bottle caps” aggravation came from years ago. Film music is not disposable. It’s not a pop byproduct of a mass market juggernaut that’s meant to be neatly consumed alongside the Batman balloons in the supermarket checkout, two aisles over from the crunchy, delicious C3POs cereal. It’s not supposed to be a part of that pan-flashing momentary mini-zeitgeist that whips the public into a summer-long frenzy of capital output. It’s not supposed to be collected for thousands of dollars a pop because the first 20 copies of Score X had a typo on the back cover.

I’ll say it again. Film music is an art. And we, as the advocates of this art, are fighting an uphill battle.

You can’t blame the general public. It’s an easy assumption. An obvious one, really. If this music was written to accompany a man wearing an elaborate monkey mask, it can’t be serious, can it? Stop motion skeletons, British spies, cops, robbers, spaceships, pilots, young lovers, these can’t generate anything more that disposable memories, precious to a handful of obsessive shut-ins, right? It’s just another consumable in the long run, right? I mean, Elliot Goldenthal’s music has been used in McDonalds commercials, surely that outweighs his studies with Corigliano and Copland.

This is a principal art music of our time. (No, not the sole art music, don’t get upset.) Film Score Monthly has always had a unique voice in the discussion of this music – a voice that if silenced would leave a gaping hole in this landscape. I’m glad there are several film music magazines around today, because it only proves that this art can be discussed in many ways without overlap. They all bring something unique to the table, but Film Score Monthly brings something very, very important: a voice that obediently reacts to that unavoidable mini-zeitgeist which film music will always ride to public awareness, but which also discusses the broader issues of the music – the historical connections, the larger relevancies within a body of work, in short, the film score as a work of art. FSM built a lot of film music’s bridges. It gave it a more prominent place on the cultural horizon. To me, as much as I enjoy what all film music magazines have to offer, FSM has always been the one that got it right. It came at film music with a grownup unapologetic perspective. It’s been strong coffee at times. Everyone’s read something and said, “Now hold the phone, I don’t agree with that!” but it made you think… even if you were thinking about how best to find the writer’s address and kick his dog.

But hey, every study of every art is built on dissention. Come on, you don’t think we have the world’s only dysfunctional message board around do you? Check some of the classical sites. Check something on modern art! But great thinking often happens when heads are butting.

FSM tackles the news with the best of them. It keeps us apprised of the business side of the film music industry. But first and foremost, it deals with the music – and it deals with it in a far-reaching sense, one that acknowledges the de rigueur fashions and fads, but hangs them on a sturdier structure of history and thoughtfulness. I love looking back at old FSMs to see how the emergence of a Thomas Newman was heralded in its time, because that resonates with his career today. I better understand what he does now reading what he said then. I love the Golden Age retrospectives because, let’s face it, we all have busy schedules. I don’t know when I’m going to get to that obscure Steiner score from the 1930s, but when I finally do, I want the luxury of having read that piece, and gotten a better fix on his place in history.

And this is what we stand to lose, guys. FSM has led the way in this serious discourse for over a decade. It generates the kind of discussion that is nudging the general public towards a better understanding of film music as an art. Film music is better respected now than ever before. I make a good part of my living playing orchestral gigs. Ten years ago fondness for a Williams work was greeted with eyes rolling so fiercely they threatened to tumble out of the roller’s sockets. Today you can draw a crowd mentioning you’ve met Danny Elfman…a composer without even a traditional conservatory background. People are starting to care more and more, and a lot of these people have read FSM.

…Film music is not the shiny plastic discs that line your walls much to your girlfriend’s chagrin. It’s not just the music you heard last Friday in the theater down the street. It’s a larger art form, and it needs intelligent attention if we want to keep it from being labeled as nothing more than a tie-in trinket or a nostalgic heirloom of a foggily remembered youth. We don’t want to lose the ground we’ve so ardently won. This music needs the kind of thought and discussion – and yes, arguments! – that Film Score Monthly has generated over the years.