“‘Hakuna Matata,’ which got really re-crafted, wasn’t the first version of that song,” he said. “It was another song called ‘He’s Got it All Worked Out,’ which was a similar idea, but Timon was singing about how Pumbaa had mastered the idea of taking it easy. None of us loved the song. We had to storyboard it (unhappily), but when it was done we pitched it to Jeffrey, and he said, ‘This is terrible.’ Which got me off the hook. Roger and I wanted to do the whole song about eating bugs, but Elton didn’t like that. We ended up in a big meeting with Tim, trying to figure out what the new song was going to be about. Tim said, ‘What we should really have is like a Bibbidi-Bobbidi-Boo.’ Roger, who had been in Africa on a research trip, said, ‘There’s this great expression called Hakuna Matata.’ Tim said, ‘That’s a good idea. Sounds good. Rolls off the tongue.’ So he went off and wrote a new lyric, sent it to Elton, and Elton wrote a new demo.” 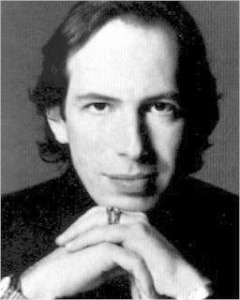 The only problem was that the songs still didn’t sound African…which is where Hans Zimmer came in. “We heard Hans’ score for Power of One,” said Minkoff, “and were like, ‘Obviously he knows what he’s doing.’” On The Power of One, the 1992 drama directed by Rocky‘s John Avildsen, Zimmer collaborated with South African singer Lebo M., and he knew Lebo’s touch was the key to infusing both John’s songs and his musical score with an authentically African spirit. Only…nobody knew where Lebo M. was.

“Then out of the blue he shows up in Santa Monica [at Zimmer’s Media Ventures studio],” said Minkoff. “Hans was like, ‘Uh…what are you doing here?’ Apparently Lebo had come to LA and had no place to stay. [Reportedly he’d been working as a car valet.] Hans was like, ‘I totally need you to come to a session.’ So Hans booked him for a session, and Lebo brought two friends. Lebo said, ‘What am I doing?’ We’re like, ‘We’ve got ‘Circle of Life,’ and we need this chant. We need voices that help support the storytelling.’ He said, ‘What’s the movie about?’ We’re like, ‘Well, it’s about a lion…’—we’re literally standing in front of the studio—‘…and all the animals are coming to pay homage to the newborn, who’s the son of the king.’ Lebo said, ‘Okay. Let me think about it for two seconds.’

“He walked away, and came back having scribbled down some words—which I always thought were Swahili, and just found out they’re Zulu—and they recorded it. It was crazy because there was no booth. There was the console, and we had a couple mics set up. They recorded everything with the studio monitors. It felt very impromptu. Carmen Twillie was a session singer, and we actually thought of this as the demo. It was really good—a super polished demo. We were in endless meetings talking about who was going to replace Carmen Twillie as the lead singer. Hans wanted Annie Lennox, but nobody seemed to care about that. We actually tried an African singer named Usu Nudor. We went and recorded him…but couldn’t understand his English. After screening the original version a hundred times and everybody loving it, we were like, ‘Why are we changing this?’”

Zimmer had his hands full arranging “Circle of Life” and “Be Prepared,” so he brought in Mark Mancina (who had written additional music for Zimmer on Days of Thunder) to Africanize the rest of the songs. “I had just toured with Trevor Rabin, who is a South African guitarist who was in [the band] Yes, playing keyboards,” Mancina said in a recent phone interview. “And because of the South Africanness of some of his music and rhythms, I started getting into CDs from different parts of Africa. They handed ‘I Just Can’t Wait to Be King’ to me, and said, ‘Turn this into something that could be African.’ I was living in Huntington Beach, and I just remember taking home the track and working on it for a week and driving everybody in the neighborhood crazy ’cause I was playing it over and over and over again—trying to figure out how to make it rhythmically sound like it had an African feel. It ended up having more of a highlife guitars, African pop style. That’s where I started to find my legs, and once I stuck in the vocals I put that all together and played it for them, and they loved the groove. I said, ‘Let me get Lebo and we’ll do some background vocal stuff and really get this thing going.’ Once we did that, it was the mold for everything to come.”

Some of the voice cast did their own vocals, including Rowan Atkinson (Zazu), Nathan Lane (Timon), Ernie Sabella (Pumbaa), and Jeremy Irons (Scar). Matthew Broderick, who would go on to star in Broadway musicals (even earning a Tony nomination for one), was meant to sing Simba’s lines in “Can You Feel the Love Tonight” and “Hakuna Matata.” “It was not his comfort zone at all,” said Minkoff. “We actually went to New York and recorded Matthew singing. It was pretty stressful, because he was just so uncomfortable about it.” The idea was scrapped, and Joseph Williams (son of John) became the singing voice of adult Simba.

Irons’ showstopper song, “Be Prepared,” is sung in the actor’s raspy, villainous voice until the final act…when veteran voice actor Jim Cummings seamlessly takes over. Supposedly the switcheroo was forced because Irons blew out his voice on the line just preceding (“You won’t get a SNIFF WITHOUT ME!”) “Jeremy would smoke during the sessions—including the song—which was kind of shocking,” said Minkoff. “He would sing a ton and then [inhale], ‘Be prepaaared!’ I’m not sure it was just simply like he blew his voice. It was just a section of the song that was hard to deliver. He tried and did his best, but eventually it was just too much.” 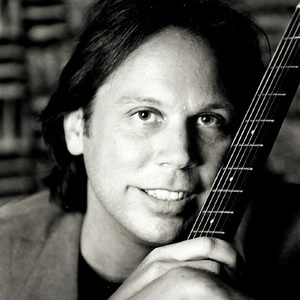 For Mancina, the film was not only a joy to work on, but the genesis of his biggest success to date. “We were all pretty young, and I really didn’t know how the politics of this kind of thing worked,” he said. “I wrote a song for the film [‘He Lives in You’], and tried to pitch it to Tom Schumacher, who was the head of animation. Which was really out of line, and really inappropriate since Elton John, number one, had the gig, and number two…Elton John is a huge celebrity. I just didn’t think about it. I was passionate about it, and I couldn’t believe they didn’t have a song when Simba looked into the reflecting pool, and I wrote this chorus on the ukulele. But I never played it for anybody.

“After The Lion King came out, Disney came to us and said, ‘We’d like to do a sequel album, like ‘More Music from The Lion King.’ Do you guys have anything?’ I was like, ‘I’m gonna finish this song with Lebo—this’ll be really cool.’ That song was the reason Julie Taymor hired me to do the musical. You write something for one thing, and it ends up bringing you to a completely different place. And as hard as I worked on ‘Can’t Wait to Be King’ and those songs everybody knows so well, ‘He Lives in You’ is a really important song for me, and it’s been an important song for my family.”

In Part III: the score.